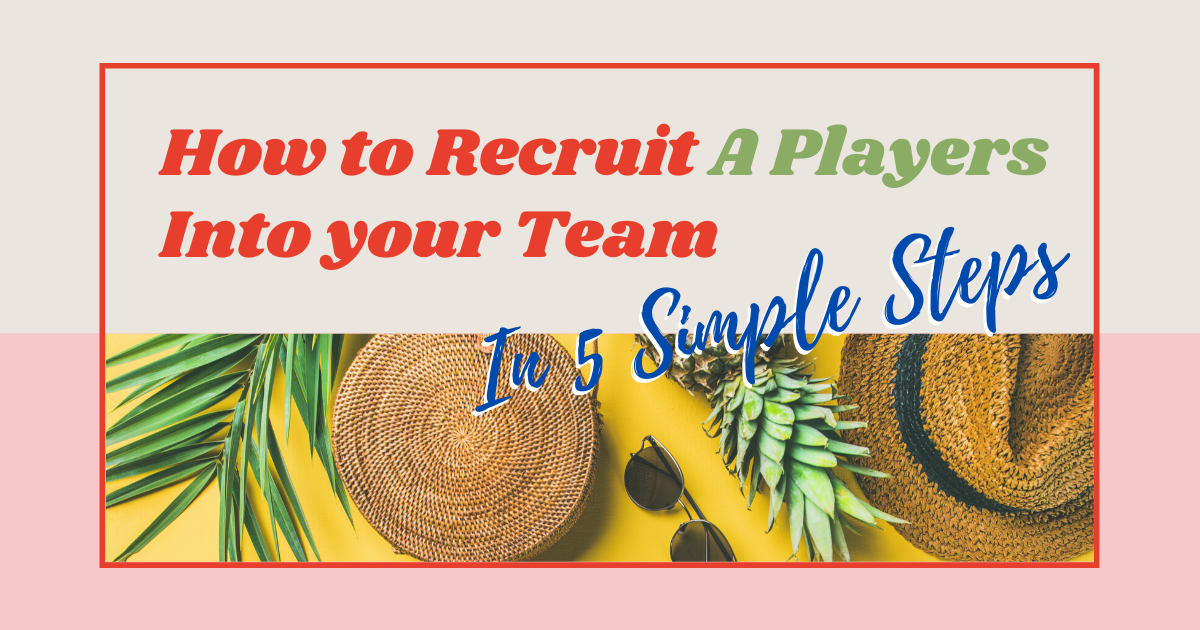 Hey there and welcome to today's episode where we are talking about how to recruit 'A players' into your team with five simple steps.

My name is Brandy Shaver ,coming to you from Utah. What I do is teach business owners how to use the leverage and automation when moving products and adding team members to their games.

I'm excited about today because this is the exact strategy I used to grow my team in the last four years without prospecting.

So it's going to be super fun to be able to share this with you.

So step number one is finding a strategy that makes sense for you.

So a strategy is something that you can follow from A to B and get the same thing every time you do A to B.

All right, that's a strategy.

A lot of people get mixed up on what a strategy is, but a strategy is something that anybody can follow it and get the same exact results.

Something that you can put on paper that says, do this, do this & do this and you get this. Okay?

So find a strategy.

You have two options, build one that works for you. Test it, figure it out, or follow somebody that's done it, right?

I chose number two...way faster, less headache, and less money out of your pocket. Plus you get results a lot faster because you are not developing the strategy.

Number two, make sure that it is simple and repeatable because you have a team and your team is also going to want to follow you and what you're doing.

And they want to recruit A-players into their team as well with the five simple steps.

Step 3 - Be patient and Gain Experience
in How To Recruit

Number three is gaining experience. Now it's really easy for you to gain experience and everybody starts at the beginning.

So you start where you are.

One of my greatest friends shared that with me, and there was no other way around it, but starting where you are.

So depending on your skill level on how to recruit, that's where you start and you move forward from there.

And the great thing about that is there are always people, just a couple steps behind you that need your help on how to recruit!

Step 4 - You Get What You Give,
Pay It Forward

Step number four is learning how to pay it forward.

Creating value for people, paying it forward turning around and helping out the small person that just got here.

The person that maybe doesn't know that you can even build your business online, or maybe doesn't even know that the message they sent you earlier today about joining their round four opportunity is a spammy message.

Maybe nobody's educated at them on how to recruit in their business.

So paying it forward and helping out the person around you, a servant leadership is what I'm talking about.

Servant mentality, helping people move forward in their own businesses, learning and sharing with other people what's working. Okay.

And then number five, becoming a force.

This is the point where your company is no longer relevant.

It's not that it's not a great thing to be with the company.

It just means that if your company went away or something happened or you needed to switch or whatever it is you needed to do, that you had now created that presence of leadership, servant leadership inside of your business, inside of your brand and you're able to take everybody that follows you and take them wherever you want.

You've actually created influence and that's the great part about being able to use these five simple steps to recruit 'A Players'.

Now what'll end up happening is when you get to that step, number five, it may take you a year.

It may take you five years just depending on your skill level.

That's when 'A Players' will start to notice you and start to come to you because of the skill sets and the servant leadership that you have developed.

So if you need more on this, on how to recruit 'A Players' into your team, with five simple steps, you can grab the link below and you can get that information.

So have a great rest of your day and if you've got value, smash the heart button or the like button or whatever you feel like smashing, and we'll see you next time.

Do I Need To Brand Myself To Be Successful in Network Marketing?